Know The Rules of Golf - MASSGOLF

KNOW THE RULES OF GOLF

Whether you are looking to brush up on the rules of golf or are new to the game and are learning the rules for the first time, Mass Golf has got you covered! Check out some of our growing content surrounding the rules of golf to gain a better understanding. Got questions? Our staff and volunteer rules officials are always here to help!

The difference between a golf ball interfering and helping can be confusing.  Darin Green, Head Rules Official for Florida State Golf Association wrote this article recently.  I feel he did a great job in explaining this rather confusing subject, and rather than trying to recreate an article on the subject, Darin has graciously agreed to let me share it with our Mass Golf-The Up and Down Women’s Newsletter readers.   Kudo’s and thank you to Darin!

There are many misconceptions regarding what can be done to other golf balls that are either interfering with your stroke or that might help your stroke. People often ask, “Who controls that ball?” That is not the correct question, rather, we first need to determine if we are dealing with a ball that is interfering or helping.

“Interference” occurs when a player believes that another ball might interfere with their stance, lie of their ball, area of intended swing, line of play, or it is a distraction. Only the player about to make a stroke makes this determination. If a player believes another golf ball is interfering with their play, they may require the owner of that ball to mark and lift it anywhere on the course. In stroke play, the other player may first rather than lifting their ball.

Summary – Interfering is only decided by the player about to play the next stroke and can require any ball interfering to be marked and lifted. If the other player refuses and the stroke is made, then the other player receives the General Penalty (loss of hole in match play or two strokes in stroke play).

In stroke play only, if two or more players agree to leave a ball in place to help any player, and that player then makes a stroke with the helping ball left in place, each player who made the agreement gets the general penalty (two penalty strokes).

Summary – Helping only applies to a ball on the putting green and can be determined by any player. If any player believes a ball on the putting green may help another player, they may require the ball to be marked and lifted. Refusing to lift the ball and the stroke is made, the other player receives the General Penalty (loss of hole in match play or two strokes in stroke play).

MAY I CLEAN MY GOLF BALL?

The revision to the Rules of Golf effective January 1, 2019 create a more user-friendly world for enjoying the game of golf.  Many of the new rules are intent based (actions that are accidental versus purposeful).

One area that has not changed from the prior rules is when a player is allowed to clean their ball in play.  A ball marked/lifted from the putting green may always be cleaned.  A ball lifted anywhere else may be cleaned except when you have lifted the ball under the following four circumstances:

If a player cleans a ball when not allowed as stated above, he or she gets a one stroke penalty. In these four circumstances, remember to mark your ball before you lift it!

playing a competitive round of golf – IS IT IN OR OUT???

When a rules official is called upon to make a ruling, a key (but basic) factor is where the ball is.  Is the ball in the players hand, or on the ground?  If on the ground, the specific area of the course where the ball lies will obviously determine which rule(s) will apply.  Thus, its important to know where your ball lies when applying the rules.

In a previous Mass Golf/The Up & Down Women’s Newsletter, we discussed what constitutes the teeing area of the hole being played.

playing a competitive round of golf – KEEPING SCORE

With the introduction of electronic scoring, and more recently, the restrictions resulting from COVID-19, scorecards for a competitive round can have a very different look, as well as some additional guidelines for verifying a player’s score when electronic scoring is utilized.

When playing in a competition that offers the option of both paper scorecard or electronic scoring, you need to know which form of scorecard is considered the ‘official’ scorecard.

If a competition is using paper scorecards, you will exchange scorecards with another player so that you have a marker for your score, and you will also be a marker for another player in your group.  At the completion of the round, the scorecard must be signed by both the player and the marker.  You are encouraged to keep your own score so that you can do a hole by hole comparison with your marker at the end of your round before signing the scorecard.  Hole by hole is encouraged rather than simply comparing total scores. 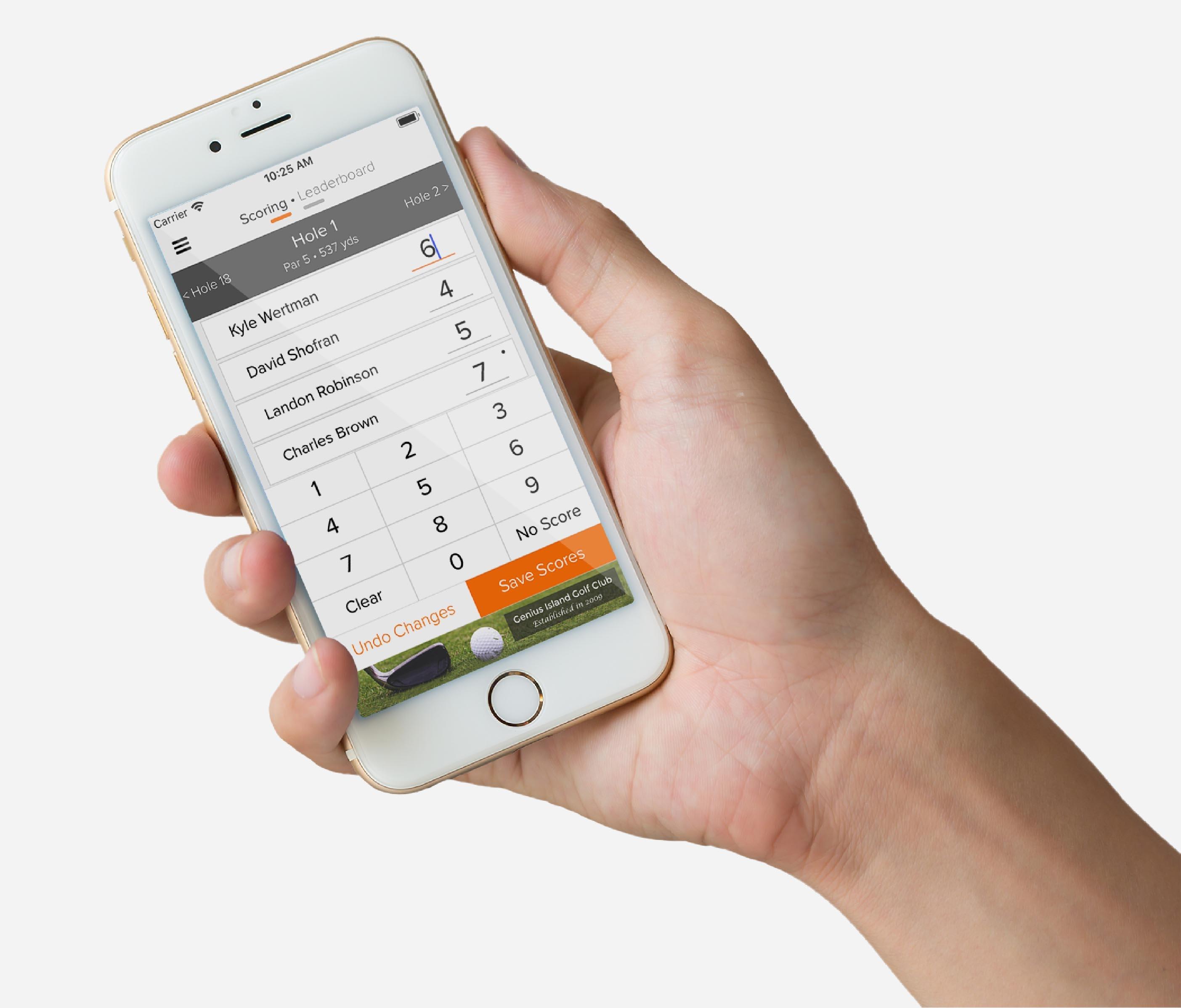 In a handicap competition, whether you are using an electronic scoring or a paper scorecard, each player is responsible for playing to their correct handicap.  If you play to an incorrect handicap that is lower than your handicap, your score will stand.  If you play to a handicap that is higher, the penalty is disqualification.  With the changes that have occurred in the handicap system this year, handicaps are updated daily.  Thus, in order to know your correct handicap, you will need to know the date the handicap was established for scoring purposes for your competitive round.

Rules tips when playing a competitive round of golf

Play begins within the teeing area of the starting hole assigned.  The teeing area is a rectangle that is two club lengths deep where the front edge is defined by the line between the forward most points of the two tee markers and the side edges are defined by the lines back and from the outside points of the tee markers.   All other areas of the ‘tee boxes’ outside this rectangular area on the hole being played are considered the general area. In match play, there is no penalty for starting play outside the teeing area, however, your opponent may cancel the stroke.  This must be done promptly and before either player makes another stroke.

Other hints when starting a competitive round of golf:  make sure you have no more than 14 clubs in your bag and place an identifying mark on your golf ball.

For more information on Rule 6 – Playing a Hole, CLICK HERE